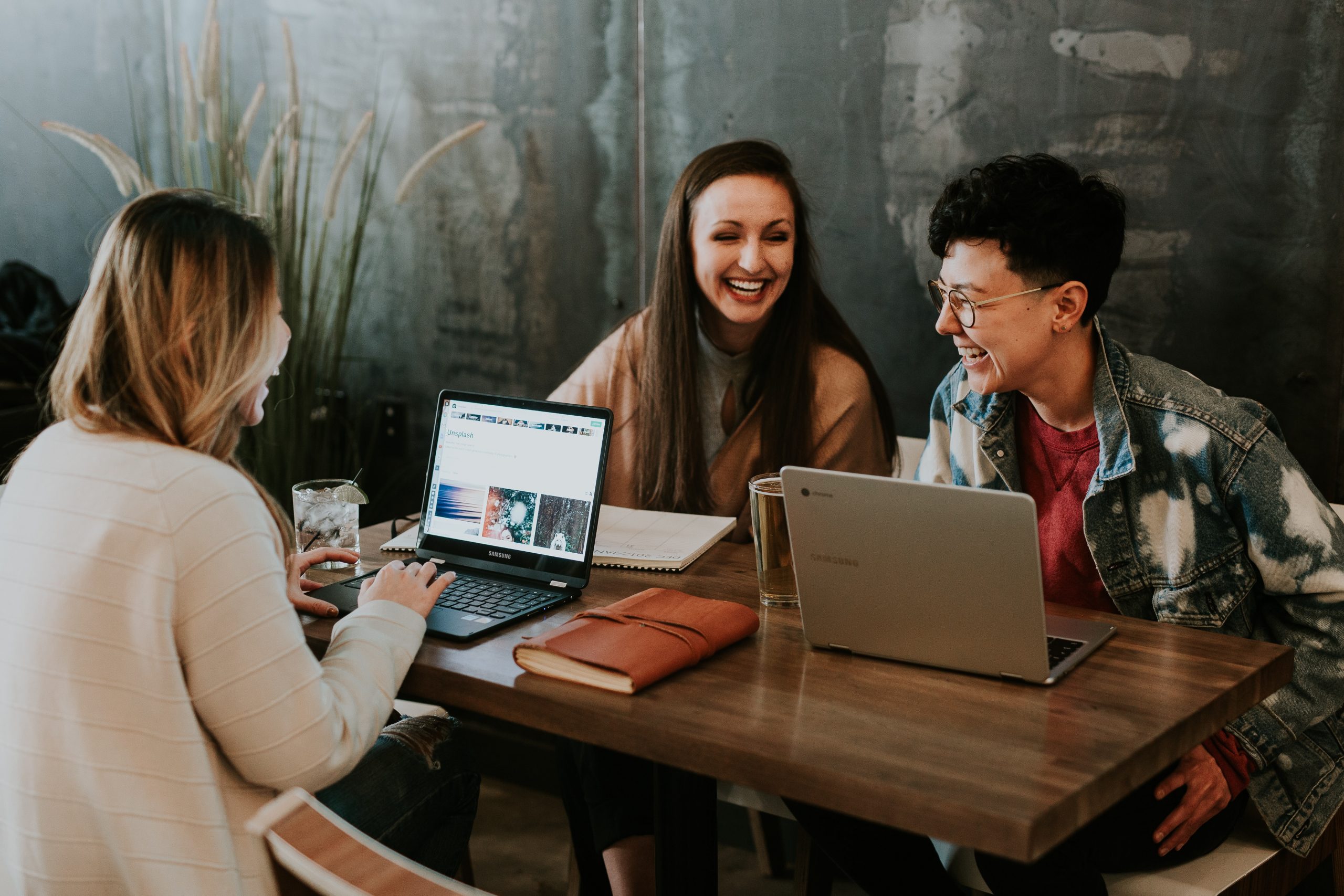 Do you want to learn a new language but you don’t have a lot of free time on your hands?

Indeed, fluency doesn’t happen overnight, no matter which language you’re learning. And whether you find a certain language easy or not depends on many factors.

However, some languages are generally considered less demanding for English speakers. Whether it’s their sentence structure or vocabulary, they are simply easier to master than some other languages.

So, if you’re looking for an easy foreign language to learn, you’ve come to the right place.

Keep reading to discover the easiest languages to learn – you may be surprised by some of the options.

Although it doesn’t seem so at first, Norwegian is one of the easiest languages for English native speakers. That’s mostly because it’s a Germanic language – just like English. Therefore, from a linguistic perspective, Norwegian and English have quite a lot in common.

First of all, English and Norwegian share a lot of vocabulary. That’s why Norwegian words like morgen, glass, and papir sound so familiar…

Furthermore, Norwegian has an SVO (subject-verb-object) sentence structure, the same as English. Norwegian grammar is generally pretty straightforward, so it won’t take you long to take a hang of it.

Another appealing thing about learning Norwegian is that the language has different accents. That might seem a bit confusing, but it can actually be an advantage since there is often no single correct way to pronounce a certain word.

Although it’s considered fairly easy, mastering Norwegian takes time. But since Norwegian and English have a lot of similarities, if you decide to take Norwegian lessons, you shouldn’t come across too many obstacles.

Another member of the Germanic family of languages that is considered easy to learn is Swedish.

The main reason why English speakers find it quite easy to learn is the large number of cognates. Cognates are words in two languages that have the same origin and a similar pronunciation, spelling, and meaning.

In terms of vocabulary, you’ll learn new Swedish words very quickly. Thanks to the similarities to the English language, you already know quite a lot.

Of course, there are some challenging things about learning Swedish. But compared to the languages with different writing systems and strange grammar concepts, learning basic Swedish is a piece of cake.

We are no longer in Scandinavia, but a little further south – in the Netherlands.

Dutch is another language that is generally considered easy to learn for English native speakers. Just like Norwegian, Swedish, and English, Dutch is a Germanic language.

In fact, Dutch sounds a bit like a mix of English and German. So, if you’ve ever taken German lessons, you’ll find it relatively easy.

Once again, similarities in vocabulary make things a whole lot easier. Some words are identical in Dutch and English – water, lamp, warm, just to name a few. There are some ‘false’ cognates you should be careful about though.

The most challenging part of learning Dutch is pronunciation, but that’s nothing you can’t master, especially if you have some experience in learning other languages.

If you prefer warmer countries, you’ll be happy to hear that Spanish is also on the list of the easiest language to learn.

As a Romance language, Spanish derives from Latin, just like many English words. So, vocabulary is the first element of learning Spanish that you won’t have problems with.

After all, thanks to exposure and wide reach of Spanish, English speakers won’t find it very unfamiliar. Sure, learning grammar rules and acquiring vocabulary takes time, but the learning process should be very smooth.

Spanish pronunciation is another advantage. Since it’s a phonetic language, most words are pronounced as they are spelled, so you should have any problems with it. And once again – exposure. You probably have so many Spanish words in your ear.

Another Romance language you can start learning right away is Italian. With a good teacher or reliable Italian online lessons, you’ll learn how to order pizza in Italian in no time.

In fact, you probably already know how to order so much more. You know what Italian words like panini, latte, and gelato mean. But there are also many cognates that are not food-related – futuro (future), controllare (control), concerto (concert), and so on.

It will take you a little longer to understand the Italian spelling system, but it’s actually very consistent. You just need to get used to it. And the same goes for Italian grammar.

At the end of the day, if you surround yourself with the Italian language, you’ll be able to learn it much quicker.

You can listen to Italian music, watch Italian movies, prepare Italian recipes… There are so many ways to make your language learning a fun and engaging process, especially if you’re learning a beautiful and artistic language like Italian.

We have another popular Romance language for you to consider – of course, it’s French.

Since French is one of the most widely spoken languages in the world, you’ve probably come in contact with it one way or another. So, although it might seem tricky at first, mastering French pronunciation shouldn’t be a big problem.

You already know more than you’re aware of in terms of vocabulary too. There are hundreds of French cognates in English.

There are some challenging aspects of learning French though. For example, improving listening skills should be

But according to the Foreign Service Institute (FSI), French is a category 1 language. Therefore, you should be able to master the basics and learn how to speak French in no time.

Are you thinking about taking Portuguese lessons? Don’t worry – according to FSI’s language difficulty ranking, Portuguese is also in Category 1.

Just like Spanish, Portuguese has an advantage of exposure. It’s spoken in Brazil and Portuguese, and although there are differences between the two, you can still get around in every Portuguese-speaking country.

Furthermore, Portuguese and English have a lot of shared words. Also, if you’ve been taking Spanish lessons, Portuguese vocabulary will be much easier to learn.

But even if you’re not familiar with any other similar language, Portuguese will be relatively easy to learn. You may come across a challenge or two, like mastering Portuguese pronunciation and nasal sounds. But generally, Portuguese is categorized as an easy foreign language for a reason.

Although this may come as a surprise, learning Indonesian is considered relatively easy for English speakers. So, why is Indonesian easy to learn?

First of all, Indonesian is one of the few Asian languages that use the Latin alphabet. And that will make your learning process a whole lot easier.

Secondly, Indonesian is a phonetic language, so most words are pronounced the same way they’re spelled. You won’t have to spend a lot of time developing reading skills.

The grammar structure is, on the other hand, a bit unusual for English speakers. Indonesian grammar has no concept of plurals or tenses and no grammatical genders. Although the lack of grammar rules might sound appealing, it can be a bit confusing, but it’s not hard to get used to.

This is another language on the list that might surprise you. But yes, Swahili is also categorized as a less demanding language to learn.

With Swahili speakers spread over 14 countries, Swahili is the most widely spoken language in Africa. It’s also gaining global popularity, and more and more people are looking for online Swahili lessons.

Although it can be a bit daunting, Swahili grammar is actually very straightforward. Verb conjugations are logical, for example. And unlike most African languages, Swahili is not a tonal language, so you don’t have to pay attention to the pitch of a word.

Swahili has little resemblance to English, but it has a ton of loan words, which makes learning Swahili vocabulary quite simple too.

Swahili is perhaps not as easy as other languages on this list, but it’s arguably the easiest African language to learn. If you want to expand your language vocabulary, you should definitely give it a try.

What is the Easiest Language to Learn?

We hope our list of the easiest languages to learn for English speakers inspired you to start with your language lessons. Regardless of what you choose, you’re probably going to have a smooth learning process without too many difficulties.

However, that also depends on many other factors. According to the Foreign Service Institute (FSI), linguists, and learners, all the languages we mentioned today are fairly easy to learn. Or, easier than other languages, to be more precise.

But whether you learn a new language in a quick and easy way also depends on your learning source. You need to find a good teacher or quality online language lessons. And if you stick to your schedule and follow the suggested learning path, you can learn quite a lot in less than a month.

You shouldn’t have unrealistic goals though. Learning a new language takes time, regardless of its difficulty.

And whether you find a certain language difficult or not also depends on your previous experience. For instance, if you’re familiar with Spanish, learning Italian will be much easier.

Check out our article on the best way to learn a new language here.

At the end of the day, it all comes down to your motivation and persistence. From that perspective, there are no easy and hard languages.

But all the languages we mentioned today do have certain things in common. Some of them are members of the Germanic family of languages so they share quite a bit of vocab with English.

Some of them are phonetic, which means that reading and pronunciation shouldn’t be a problem for you.

And others might be easier to learn because you’re exposed to them in one way or another.

Nevertheless, learning a new language takes time. But if you’re new to language learning and you’re looking for a relatively easy language to learn, any of the languages on this list would be great to start with.