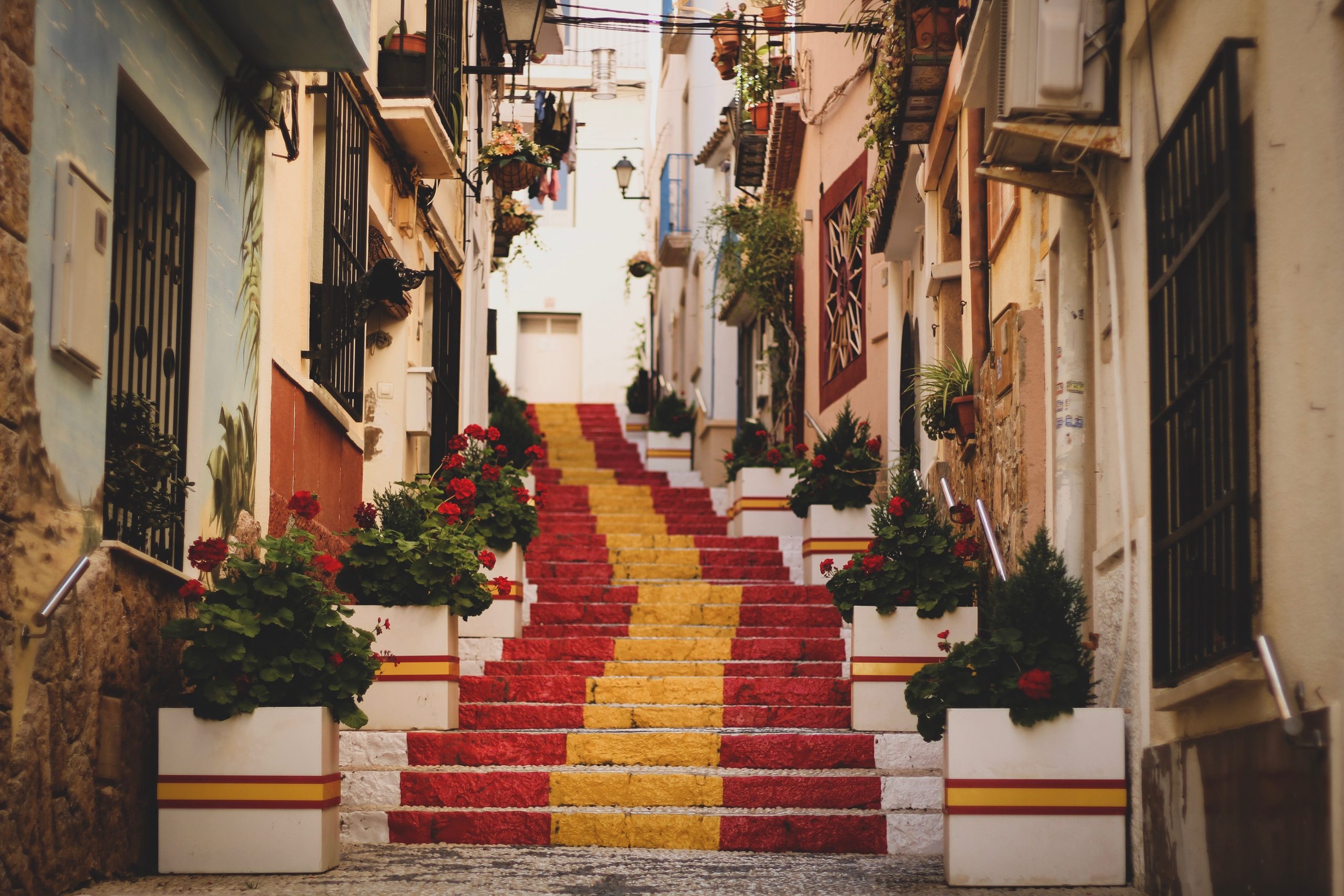 Is learning Spanish on your wishlist?

Maybe you’ve always wanted to travel to Costa Rica, Barcelona, or another Spanish-speaking place, or you simply love the sound of Spanish.

Regardless of your motivation for learning Spanish, we have good news: Spanish is considered one of the easiest languages to learn.

However, the difficulty of Spanish depends on many things, including your mother tongue and knowledge of other similar languages.

Keep reading to find our answer to ‘Is Spanish hard to learn?’ and how easy is Spanish to learn for someone like you.

How Hard is it to Learn Spanish?

So, is Spanish difficult to learn?

Well, as we’ve just mentioned, the answer is not so simple because it depends on many factors.

However, some languages are generally considered easier to learn than others. And according to experts and learners, Spanish is among the easiest languages. Foreign Language Institute (FSI) also categorized it as a relatively easy language to learn.

One of the characteristics that usually makes a certain language easy to learn is the same alphabet. If you’re accustomed to the Latin alphabet, you’ll learn how to speak Spanish rather quickly. You won’t have to spend time memorizing completely new characters and pictograms.

Exposure is another advantage of learning Spanish. As one of the most widely spoken languages in the world, Spanish can be heard all over the world. And you’ve probably already come in contact with it, whether through TV, music, or food.

Therefore, when it comes to learning Spanish vocabulary, you’ll realize that many words sound familiar. There’s another reason for that, but we’ll come back to that later.

If you’re exposed to another language one way or another, you’ll also be able to master pronunciation more easily. And if you like Spanish or Mexican TV and music, you’re already on the right track!

Another easy aspect of learning Spanish we want to point out is the fact that Spanish is phonetic. That means Spanish words are pronounced just as they’re spelled, and that definitely makes reading and spelling a whole lot easier.

As you can see, Spanish languages have many parts that are relatively easy to grasp, no matter what your mother tongue is.

However, there are some things that are particularly easy for certain speakers.

Is Spanish Hard to Learn for English Speakers?

Spanish is considered to be one of the easiest languages to learn for English speakers.

Although they’re not in the same language family (English is Germanic and Spanish is a Romance language), they have a lot in common. In fact, both English and Spanish come from the Proto-Indo-European family.

That being said, English and Spanish share quite a lot of vocabulary. Generally, cognates make learning new words much easier. To jog your memory, cognates are words in two languages with a common origin and similar spelling, pronunciation, and meaning.

And in your Spanish lessons, you’ll come across many similar words, and the majority of them have the same meaning. Some of the examples of Spanish English cognates are:

As you can see, as an English speaker, you already know so many Spanish words. If you want to expand your Spanish vocabulary, making a list of popular cognates is always a good place to start.

And when it comes to Spanish grammar, you also shouldn’t come across too many obstacles. For example, Spanish deploys SVO (subject-verb-object) word order, just like English. And not being confused by a strange word order is definitely a plus.

Is Spanish Hard to Learn for Hindi Speakers?

Now let’s take a look at the language with which Spanish doesn’t have so much in common. For Hindi speakers, learning Spanish may be a bit challenging. On the other hand, both languages come from the Proto-Indo-European family, so they actually do have some similarities.

For starters, Hindi speakers will easily understand the gender concept in Spanish grammar. Both languages have masculine and feminine nouns and adjectives.

The verb conjugation is also quite similar. So, learning Spanish grammar for a Hindi native speaker shouldn’t be so hard.

Also, both languages have Arabic influences, so they share a bit of vocabulary too. Here are a few Spanish Hindi cognates:

However, Hindi and Spanish have different writing systems, and that’s always a challenge for new learners.

Also, the word order is different in Hindi – it follows the SOV (subject-object-verb) pattern.

Is Spanish Hard to Learn for Arabic Speakers?

As we mentioned earlier, the Spanish language has Arabic influences. Therefore, Spanish is considered one of the easy languages to learn for Arabic speakers.

To be more precise, about 4,000 Spanish words (about 8% of the language) come from Arabic. Most of them are nouns, but Arabic speakers will also come across similar verbs and adjectives.

Let’s take a look at some of the Spanish-Arabic cognates:

Pronunciation and spelling are different though. But Arabic has more complex sounds than Spanish. So, for an Arabic native speaker, mastering Spanish pronunciation shouldn’t be a problem.

All things considered, Spanish seems to be a relatively easy language to learn for people from across the globe.

Spanish grammar is straightforward and there are many English cognates. Some Spanish sounds can be a bit tricky, but thanks to the popularity of the language, it also sounds familiar.

But of course, every language has its challenges.

So, what is the hardest part of learning Spanish?

For starters, if you’re not familiar with gendered words, it will probably take some time until you get used to them. The main problem is always exceptions – so, although many feminine nouns end with ‘a’ (in many languages including Spanish), that’s not always the case.

Speaking of exceptions, irregular verbs are another challenging part of learning Spanish. There are so many irregular verbs in Spanish, and you’ll just have to be very patient when it comes to memorizing them.

Another thing you’ll have to get comfortable with is the tenses. Using the correct tense can be tricky in any language, and Spanish tenses (especially main past tenses) can be a bit daunting to learn. But, everything is possible with enough practice.

It’s true: with enough practice, you can achieve anything. And lucky for you, learning how to speak Spanish shouldn’t be a bumpy road.

Of course, you shouldn’t expect to become fluent in a month. Although many Spanish online courses promise to teach you the language in a couple of weeks, you shouldn’t have unrealistic expectations. Learning a new language always takes time.

On the other hand, there are some things you can do to make your learning process a lot easier.

For starters, you need to find a reliable learning source. You can hire a Spanish teacher, find an online Spanish tutor, or enroll in an online Spanish course. Spanish learning apps are also becoming more and more popular, and they can be quite effective too.

Learning Spanish by yourself actually has many benefits. You can learn from the comfort of your home, focus on your goals, and improve your Spanish skills in a fun way. And online courses (like Rocket Languages, for example) offer a well-structured curriculum and all the tools you need to learn more efficiently.

But you should also surround yourself with the language as much as you can. Watch movies and TV shows in Spanish, read Spanish magazines and books, and listen to Spanish music.

With a language like Spanish, there are so many different cultures to explore. Perhaps you’re intrigued by the Spanish flamenco or you want to know more about Bolivian food. Immersing yourself in culture will undoubtedly help you improve your language skills.

Finally, you need to speak in Spanish as much as you can. Try to get in touch with native speakers. If you can’t travel at the moment, you can find an online language program that can connect you with a language partner.

The important thing is to use the language. Yes, making a list of irregular verbs is essential, but you also need to practice speaking. That’s how you’ll memorize irregular verbs as well. And if you get an opportunity to talk to native speakers, don’t be afraid to make a mistake.

With the right approach, you can learn the basics of any foreign language. And when it comes to an easy language like Spanish, you’ll manage to do that in no time!

For more information, read our article on the best way to learn Spanish.

Whether you find the Spanish language difficult depends on many factors. But generally, Spanish is considered one of the less demanding languages to learn.

In fact, for English speakers, learning Spanish is fairly easy. English and Spanish have many similarities, so you shouldn’t have any problems with learning basic grammar and vocabulary.

Learning Spanish comes with its challenges though. But with the right learning resources and methods, it’s nothing you can’t overcome.

At the end of the day, it all comes down to your motivation and persistence.

And with so many accessible and effective language courses, there’s nothing stopping you from starting to learn Spanish today!

Is Korean Hard to Learn?