Is Korean Hard to Learn? 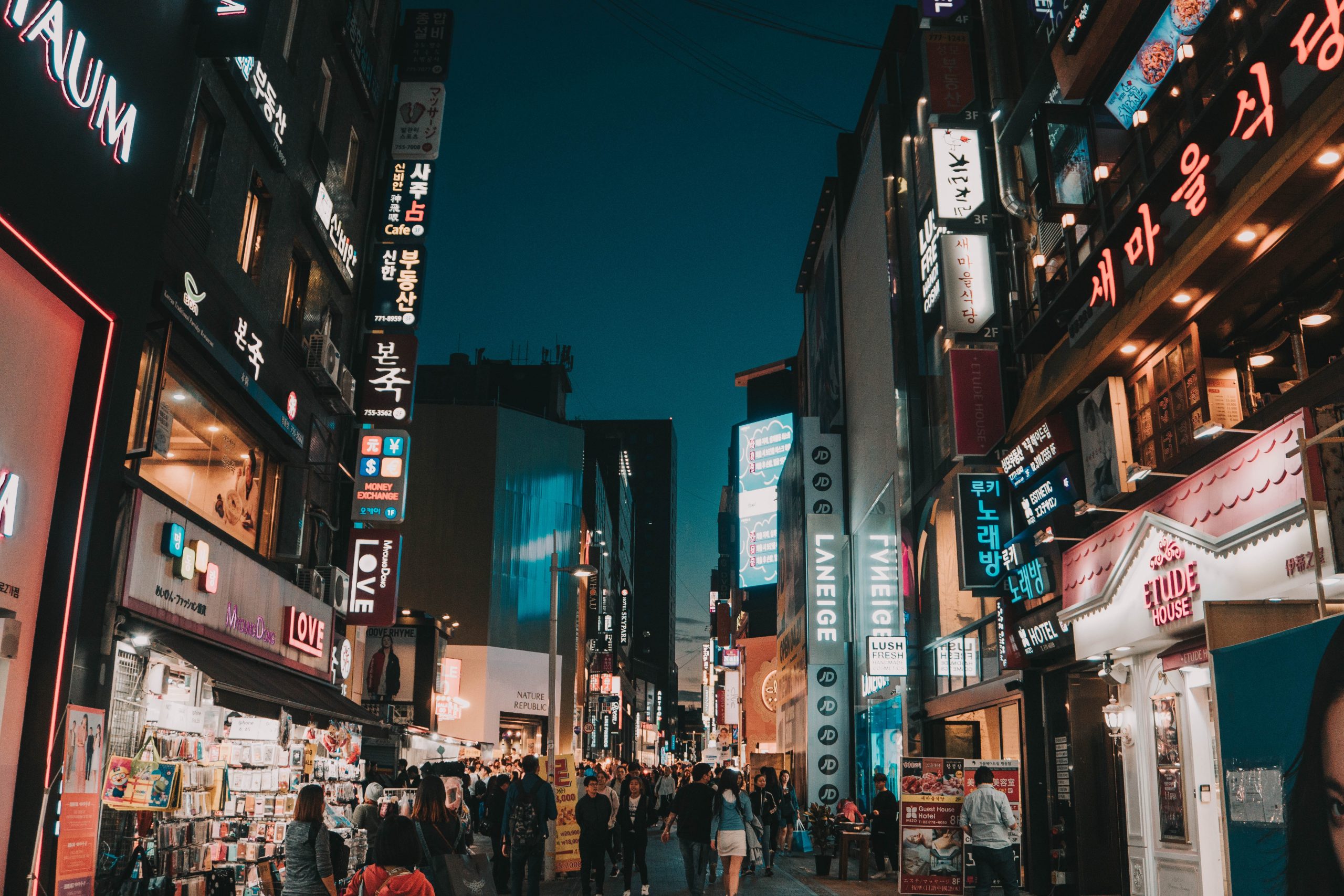 Are you thinking about taking Korean lessons?

If the answer is yes, you probably want to know how much trouble you have to go through.

Well, the difficulty of Korean depends on many different factors. For example, it depends on your mother tongue and previous language learning experience.

So, is Korean hard to learn for someone like you?

To help you find an answer, we will take you through all the potential challenges of learning Korean.

And we will share a bit of advice on how to make your Korean learning process a little easier.

How Hard is it to Learn Korean?

Learning Korean is becoming more and more popular, mostly because of the rise in popularity of Korean culture. Many Korean movies and TV shows have fans all over the world, and K-pop became a truly global phenomenon.

That being said, Korean lessons have also become quite accessible. There are many great online Korean courses as well as Korean learning apps on the market.

But how difficult is it to learn Korean?

Well, compared to Japanese and Chinese, Korean has some advantages that make it relatively easy to learn. So, Korean is actually not as difficult as it might seem at first. But it’s also not very easy.

The thing is, if you’re only familiar with germanic and romantic languages, you’ll find some parts of the Korean language very challenging.

And if you’ve come in contact with other Asian languages in one way or another, you probably won’t find it that hard to master.

Either way, learning Korean does come with its challenges. But with the right approach, anything is possible.

After all, there are some things that can generally help you learn a new language quickly and easily. But we’ll come back to that later.

The problem with Korean is that it often seems more complicated than it actually is. Well, any language with a different alphabet seems intimidating at first. And that especially happens if you’re accustomed to the Latin alphabet.

Is Korean Hard to Learn for English Speakers?

According to the Foreign Service Institute (FSI), Korean is one of the hardest languages to learn for English speakers.

English and Korean have many differences. A different writing system is the most obvious one. If you’re an English native speaker, it will take you a while to get used to the Korean alphabet.

Another major difference is word order. While English deploys an SVO (subject-verb-object) word order, the Korean language has SOV (subject-object-verb) order. Although SOV is the most common word order in the world, it might appear strange to English speakers.

On the other hand, some Korean words are based on English. So, if you want to expand your Korean vocabulary, you can always check out a list of the most popular Korean loanwords to get started.

The reason why English speakers find Korean intimidating is a different writing system.

The Korean alphabet (Hangul) is made up of 14 consonants and 10 vowels. Learning 24 letters shouldn’t be a problem, especially if you compare it to Japanese writing systems.

In fact, Hangul is very logical and easy to pick up. And getting familiar with it should be your first step in learning how to speak Korean.

Once you learn the Korean alphabet, everything will be easier. Connecting spoken and written Korean is fairly easy thanks to Hangul’s phonetic nature. There aren’t any hidden sounds and pronunciations you should be afraid of.

So, although learning a new alphabet might sound challenging, mastering Hangul is actually not that hard. Everything is very logical and straightforward, and you just need some time to practice and get used to it.

Korean pronunciation is also very straightforward. Korean is not a tonal language, which makes everything a lot easier.

So, if you learn Korean with romanization (using roman letters instead of Hangul), you won’t have a chance to learn proper sounds. Romanization is good if you want to learn a few words or you don’t know Hangul yet, but it won’t get you very far.

Nevertheless, pronouncing Korean words is another aspect of the Korean language you shouldn’t have any problems with.

You shouldn’t have too many problems with Korean grammar either.

But generally, grammar rules can be a bit daunting. And we’re not saying that Korean grammar is easy. It’s just not as complicated as in some other languages.

There are clear rules for building sentences, so you should be able to master basic Korean grammar quite easily.

However, if you’re accustomed to the SVO word order, it will take you some time to get used to the SOV order.

But Korean grammar rules are consistent, so once you memorize them, you will start to see the patterns.

So far it seems like Korean is actually a fairly easy language to learn. Well, once you start with your Korean lessons, you’ll realize it’s not as difficult as it looks. But it’s also not simple.

Every language comes with its challenges, and Korean is no different.

One of the biggest challenges for learners accustomed to the Latin alphabet is learning Hangul. Although we said earlier that learning the Korean alphabet isn’t that hard, getting used to a new writing system always takes time.

Another challenging aspect of Korean is that it’s a hierarchical language. You have to use different words depending on who you speak to. You can always use a regular form of the word to make things easier, but if you want to become fluent, you’ll have to put a lot of effort into it.

As we’ve already mentioned, learning the Korean alphabet is essential, especially if you want to reach proficiency levels in Korean. So, that’s our first tip for learning Korean.

Another useful thing you can do is to take advantage of loanwords. Getting familiar with Konglish is a great way to expand your vocabulary and start your learning journey.

But of course, one of the most important steps is to find a good learning source.

Luckily, there are so many great online Korean courses and learning apps you can explore. So, even if there are no Korean classes in your area. You can take Korean lessons every day.

In fact, learning Korean by yourself comes with many benefits. First of all, you can focus on your goals and needs. Secondly, online courses are usually very affordable. And thirdly, it’s very convenient. You can learn from home or, if you use an app to learn Korean, you can take lessons on the go.

Learning Korean has become very accessible, and it would be a shame not to take advantage of that. You just need to find a course that fits your goals and learning style.

But you should also surround yourself with the Korean language as much as you can. Listen to Korean music and podcasts, watch Korean movies and TV shows, and read your favorite book in Korean translation.

There are so many ways to make your learning process fun and engaging. But immersing yourself in Korean culture isn’t only about fun. That way, you’ll get used to the sound of the language and pick up on new words, phrases, and even grammar rules.

According to many learners, learning Korean can be challenging and at times daunting. But it doesn’t have to be that way. The Korean language is actually quite straightforward.

At the end of the day, it all comes down to your approach. If you think that a certain language is very difficult (before you start to learn it), you’ll probably struggle with it for a while.

But if you like Korean and you’re motivated to get to know both the language and culture, you’re already on the right track. And with a good learning source and regular practice, success is imminent.

For more information, check out our article on the best way to learn Korean.

As you can see, Korean is not as difficult as it may seem.

However, Korean is considered one of the hardest languages to learn for English speakers. That’s mostly because of its alphabet and general differences between the two languages.

On the other hand, Korean vocabulary is full of loanwords. Plus, Korean is a phonetic language, so you shouldn’t have any issues with pronouncing words either, no matter what your mother tongue is.

And to start your learning journey the right way, you should get to know the Korean alphabet.

You should also find a well-structured Korean course that will help you improve your comprehension and language skills in an effective way.

Either way, learning Korean might be challenging for some people, but it’s definitely rewarding!

Is German Hard to Learn?