How to Say No in German: 11 Best Ways to Politely Decline 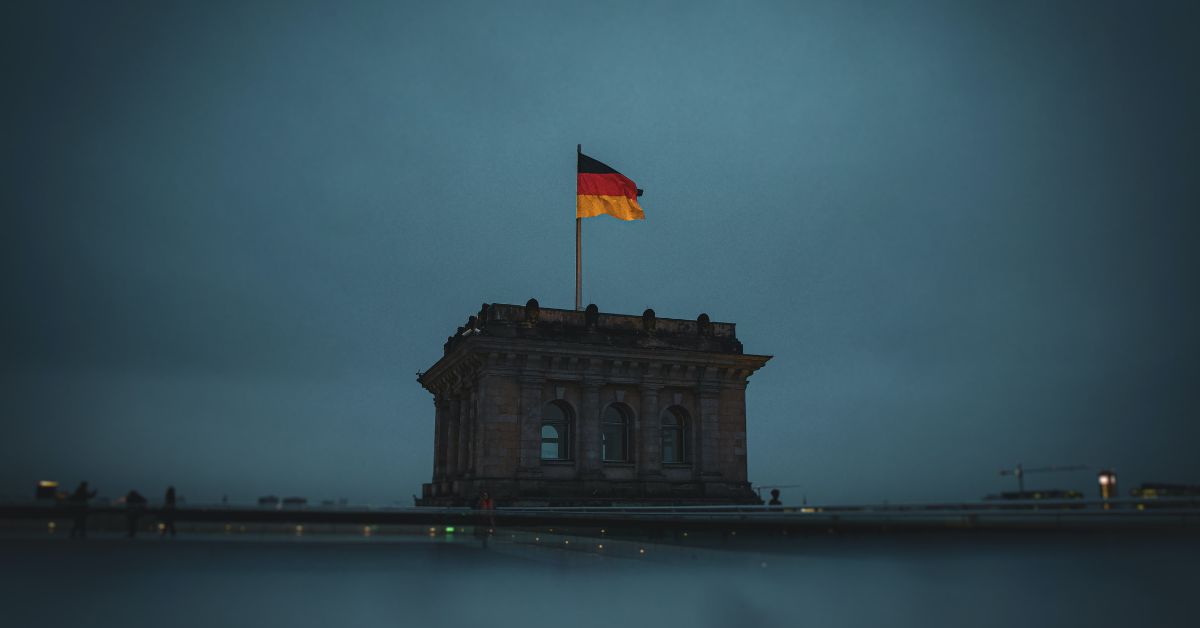 The simple way to say no in German as you may already know is “nein”.

While it will suffice in many situations, you might find you need to be a little more tactful in certain situations.

You may even need to give someone a more emphatic “no”.

In this article, we will take you through a few ways to express yourself negation with a little more dexterity.

We have categorized our German negations into four groups; Simple, Polite, Ambivalent, and Firm – to help you choose the “no” that you need for any occasion.

We will also touch on the use of the word “doch” and explain the double-negative sentence structure in the German language.

By the time we are done, you will be confident in politely declining without hesitance and able to put your foot down as and when needed!

No in German – An Overview

A Simple “No” in German

For a simple no, ideal for responding to a yes-no question, you have three choices.

Each means exactly the same thing, you could compare them to “no” “nah or “nope”.

Context and company will help you choose between them.

The most common and classic way to say no in German is with the word “Nein”. It is used to start negative sentences or on its own as a simple answer or interjection.

Bist du müde? (Are you tired?)

Among younger people at social gatherings, you will probably hear the word “Ne”. It is more common in Northern Germany and is considered pretty informal.

Hast du den Film gesehen? (Have you seen the film?)

More informal than “Ne” is the response “Nö” a very casual option.

Again it is more frequently used by a younger demographic and has come from the internationalization of the modern world.

Nö, ein andermal (No, some other time)

No in Negative Sentences

Negative sentences are a little trickier to form in German, you have to think carefully.

When you start a sentence using the word  “nein”, it doesn’t become completely negative until you add “nicht” or  “kein” to the phrase. Giving it a double-negative.

To do this you have to know which to use and where to place it in the sentence structure.

Hopefully, the examples above help demonstrate the difference in use a little more clearly!

Nicht is for actions and negating a description with adjectives while kein is solely for objects.

A Polite “No” in German

A polite no is often the best no if you want to appear friendly.

It shows respect and courtesy and is super useful if you want to demonstrate that the no is regretful.

If you want to express no politely, then you have two choices.

The easiest way to make your “no” polite is to add a thank you as we do!

“Nein danke” is “no thank you” in German and when you are offered something you don’t want it is an ideal declination.

Nein danke! (No thank you!)

If you are declining plans, then you may want to use “leider” which translates as “unfortunately”.

It expresses a little more regret, so is perfect if you need to decline an invitation because you already have plans.

Especially if you are invited to something you may have otherwise been interested in.

Können Sie uns am Wochenende helfen? (Could you help us at the weekend?)

An Ambivalent “No” in German

If you find yourself unsure, and can’t answer with a “yes” or “no” then you may need something a little vaguer.

When we give opinions things aren’t always black and white.

If you were underwhelmed or you simply aren’t sure of the answer to something factual or asked something predictive, then an ambivalent no is what you need.

While not directly translating it can be viewed as “Yeah but…”

Ideal for situations where you agree in principle to something, but disagree with certain aspects. It is a way to restrict your affirmation.

It is also frequently used humorously, for a joke with an explanatory follow-up.

Have you ever been to Paris?

Sort of, I drove through. I haven’t really seen the city.

Yes and no, the CGI was excellent but the ending was boring.

If you are asked a question but are unsure of the answer then “ich glaube nicht” or “I don’t think so” is a useful phrase to have to hand.

Is Keith Richards dead yet?

No, I don’t think so

A Firm “No” in German

If you need to convey strong opposition to something, or really put your foot down then you may want to slip a quantitive adverb in front of the “nicht” you have already learned.

You can use “Gar nicht” to say “not at all” or “not one bit”. It is a good phrase when you asked how much you want or like something that you detest!

Another way to get the same point across would be to use “überhaupt nicht” or “überhaupt kein”. It too translates to not at all!

This one is easy enough to guess; “absolut nicht” is as it sounds “absolutely not”.

It can be used with kein instead of nicht to mean “absolutely nothing” in the context of objects.

Would you shave your head for 100 euros?

The use of “Auf gar keinen Fall” is a little trickier and you may have to listen to it used to understand it;’s use.

Luckily, it is a common expression to emphasize how important it is that you don’t do something!

It’s a frequently used expression that translates to “under no circumstances, and is used for “by no means” or “in no way”.

The Use of Doch

With no direct translation, “Doch” is commonly misunderstood or misused by German learners.

You need to be careful with the context adding doch can change the mood of a sentence entirely.

It is a common word used to counter a negative statement like when you go to a pantomime and they say “oh no he’s not” and the audience responds “oh yes he is!”.

In this case, you can think of it as “on the contrary”.

It is also used for a realization, or something you didn’t expect to be correct, in this case, it translates to “actually” or “after all”.

Du hattest Recht doch (You were actually right after all)

Lastly, it adds emphasis to a statement, in this case with the word nicht that we have already shown you “Aber nicht doch” can mean of course not.

How to Say No in German – Video Guide

No in German – Final Thoughts

Whether it’s a courteous “Leider” or a strong and final “Absolut nicht” that you need–with your new phrases in tow, you should be well-prepared to negate your way through anything!

If nothing else, you will have come away with the ability to add variety and some new vocab that you recognize.

Some of the ways to say “no” in German need to be used in the right context.

The best way to get to grips with where and when to use your new phrases is to pay close attention to native German speakers.

Grab the bull by the horns, and don’t be afraid of making mistakes, it’s part of the learning process!

Want an easier way to learn and practice German? Check out our comprehensive guide on the best apps to learn German.

How to Say – Yes in German

How to Say – You’re Welcome in German

You’re Welcome in German: 13 Über Polite Ways to Say It