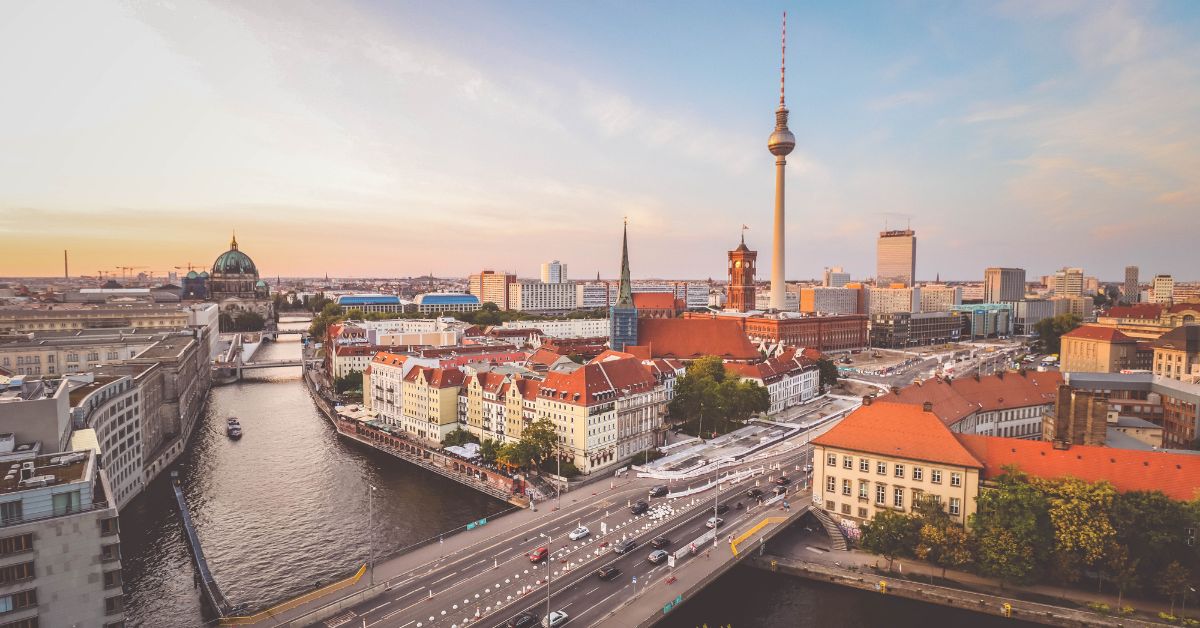 Okay, so we know what you are thinking, “28 ways” seems ludicrous, but hear us out!

The German language is not alone when it comes to an abundance of ways to say yes.

When we respond positively to a question or give our permission for something, it isn’t always strictly with an emphatic yes!

We are sure you can think of countless ways to say yes without it being too taxing.

Even as a total newbie to learning German, you might already know that the word for yes is “ja”.

But there are some situations where you might need to express a yes with a little more depth.

What if you’re not so enthusiastic about an agreement? Sooner or later you are going to want to know how to say yes in German with more tact.

So, we present to you 20-plus possibilities, neutral, emphatic, and beyond!

How to Say Yes in German With Enthusiasm

If you are excited by an impromptu invitation or being offered your wildest desires then you are going to want an excited and enthusiastic “yes” to respond with.

Let’s take a look at your options;

A classic simple ja! It is a staple word and suffices for most situations, even as a nod of agreement when you participate in a conversation.

It translates directly as “yes” and if you can’t remember anything else we lay out today it will be your one takeaway!

As with many languages, the correct word changes regionally or ends up the victim of slang. Jepp can be considered the same as yep, or yeah is to yes!

Unsurprisingly it is informal and used mostly by younger speakers. You will also find it written as jep, jap, or jup!

We are trying to ease you in gently with the vocab today!

An enthusiastic “Absolut” is a brilliant way to show enthusiasm and is easy to remember as well a sit is so close to its English counterpart “absolutely”.

Similarly, “natürlich” or naturally is another simple way to add variety to your speech.

Often it is used to agree with facts or when someone states the obvious, at times with a glimmer of sarcasm!

With just one syllable missing, “absolut” and “natürlich” should slide right off of the tongue and stick in the memory bank for easy recall!

This next one is a little trickier but don’t let remembering three words instead of one put you off.

Auf jeden Fall is a very versatile phrase, useful for many situations!

When literally translated, it means “in any case” but it is used in the same context as we use the word definitely or the phrase “for sure”.

So it expresses an emphatic and resounding yes.

If you love an idea it is the ideal “yes” in German!

Take a look at the example below;

(If you were rich, would you move abroad?)

Similar to the above another way to agree fervently with something said is with a vigorous “bestimmt”.

The word translates to “definite” or “certain”, it again equates to “for sure” or “you bet”!

Here’s where we might lose some of you, but don’t let the pronunciation scare you off…

Selbstverständlich translates as “obviously” and is used in the way we say “of course”.

If someone asks a favor and you are happy to oblige then it is a nice way to respond yes in german- albeit a bit of a tongue-twister!

Gerne is the german word for gladly/willingly, to say “ja gerne” equates to “yes, I’d love to” and demonstrates emotion on top of the yes, showing that you are happy.

The word klar translates to clear, so with the expression “ja klar” you are saying “yes clearly” or “yes, sure”.

When something is evident or obvious it is the resounding yes that you need, here’s an example;

Another variant of the above you could try slipping in is “ja, sicher”, the word sicher means secure but is used for things that are certain!

Another term you are going to hear, especially from a friendly Bavarian, is “freilich”.

Again we are going to liken it to “for sure”, “of course” or “certainly”, in reality, it is something more akin to “freely”!

This next one is a little more modern, but one of the most enthusiastic ways to respond yes in german.

It is a direct translation for “without a doubt”, being literal and word for word it should hopefully be easy to remember.

Lastly, you may hear “jawohl” which loosely equates to “Yes sir!” and once denoted respect.

Though it’s a less frequent choice of words, sometimes in younger close-knit social circles, people may respond to an order (somewhat sarcastically) with it.

How to Say Yes in German Neutrally

On occasion, we need a yes that expresses a little more reluctance.

Perhaps you are being given too many requests and the work is piling up.

You want to say yes but would prefer the person knew you weren’t super happy about it!

Maybe an enthusiastic yes would seem out of place with a stranger or you want to leave a little mystery when playing hard to get with someone?

The following neutral ways to say yes in german leave a little more room for interpretation and might be just the ticket.

Depending on your emphasis, you can casually agree, reluctantly accept, or even let someone know you are less than thrilled without coming across as rude.

This next one is easy to remember. The german expression for “no problem” again leaves room for interpretation, it isn’t over the top enthusiastic but is bubbly and sociable.

It is ideal for responding when you are asked for help, as in this example;

Kannst du mir mit der Tür helfen? (Can you help me with the door?)

Germans also use the phrase to say you’re welcome, see our full-length article for more!

If someone is making plans or proposing an idea then saying “das klingt gut” will make you sound like a local!

It translates as “sounds good” and is a casual way to give an affirmative opinion.

Although this next one is a little outdated. Being very formal you will still hear it out and about in professional settings.

Don’t shoot us when we say that Gewiss also translates as “for sure” or “certainly” in English!

Könnte ich eine Probe nehmen? (Could I take a sample?)

Sometimes we have to go with the majority, especially when we are with a group of friends.

If you want them to understand you would rather have said no, then “also gut” expresses the same sentiment as “okay, fine” or “alright then”.

You’re inflection and tone will tell the listener just how much reluctance is behind your affirmative response.

If you feel no real way about something then the expression “ja, warum nicht” which means “yes, why not” can be used as “sure whatever”.

Again you can use it passive-aggressively, should you feel that way!

How to Say Yes in German With Uncertainty

There are times when you may not know the answer to a question, in this case, you might want some terms of probability to play with in your vocabulary.

If you don’t want to fully commit then “yes, maybe” is a way to say yes without obligation.

The way to do this in German is with a “Ja, vielleich”, ideal if you are unsure about plans or arrangements without checking the diary first!

Möglicherweise translates as possibly but a better way to consider it would be as “potentially” if in principle you could go somewhere or do something but it depends on other factors, it is a good word to use.

Kannst du früher da sein? (Can you get there early?)

If the possibility of you getting there is far more likely and doesn’t depend on too many factors then “warscheinlich” is the way to say “probably”.

If you aren’t sure but would really love to and will endeavor to do so then perhaps “hoffentlich” is a better choice of word. It means “hopefully” and injects more emotion into your uncertain response.

“Könnte sein” means “could be” you could use to say yes to a fact you are unsure of or for yourself if you are only possibly able to do something or be somewhere.

Bist du morgens verfügbar? (Are you available in the morning?)

Ich könnte sein (I could be (if I make arrangements))

If you really want to leave your options option then a simple “ja, mal sehen” loosely translates as “yes, we’ll see”.

With the word “mal” in the sentence you know it is in regards to time, you could think of it as “time will tell” to help remember the context of use.

Shon is a modal particle and can be used in several ways as an intensifier like the words, quite, really, or very.

“Ja, schon is “maybe” but is used similarly to “yes, kind of” frequently followed by “but”.

(I thought you were spending the weekends with your parents?)

(Yes, but they are on vacation)

Other Ways to Agree in German

There are certain cases, especially in a heated debate where you may need to agree in the affirmative without simply saying yes!

If you need to show you agree there are lots of ways but here are two simple ones;

Das ist wahr is great for showing agreement it directly translates to “this is true”.

(If we don’t leave soon, it will be dark)

Das ist wahr (This is true)

If you want to make a comment that someone is correct then Du hast Recht is the informal way and Sie haben Recht is the formal version.

The Use of Doch Affirmatively

If you read our article on saying No in German, then you will have seen our explanation of this common expression.

Because it has no direct translation and is more like a word used to emphasize “doch” can be difficult to slip in as a non-native speaker.

They use it for “actually”, or “after all” it’s very interchangeable and in some circumstances means “yet” or “but”!

When it is used to respond to a negatively framed question, it becomes an affirmative!

How to Say Yes in German – Video Guide

So, we have covered the casual, the conventional, and everything in between.

Now whether it is ardent or relenting; you have a multitude of options to use when you are saying yes in German.

With today’s smorgasbord of affirmations, you should be able to defend yourself no matter the situation.

All you have to do is think about the context and work on your pronunciation!

Don’t let the amount of vocabulary we have presented overwhelm you, and remember that Germans are very international and the English word “yes” will be understood!

That said, we dare you to get out and use some of the more challenging expressions that we have shared!

Want an easier way to practice and learn German? Check out our comprehensive guide on the best apps for learning German.

Is German Hard to Learn

How to Say – No in German

How to Say No in German: 11 Best Ways to Politely Decline