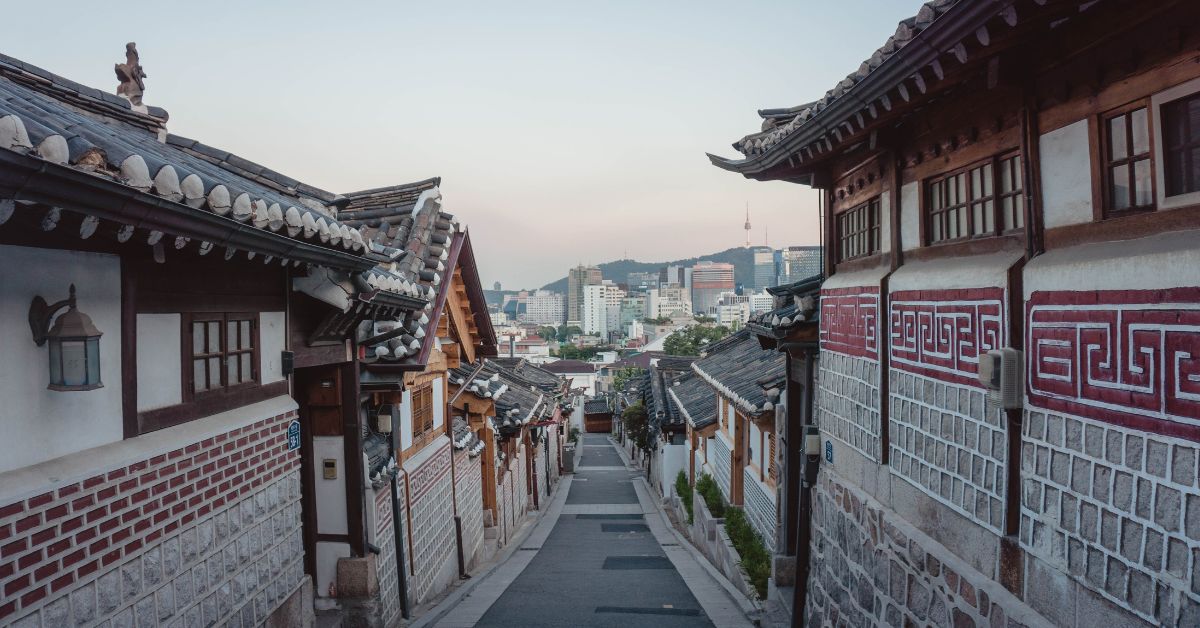 Learning how to say goodbye in another language like Korean is a great way to ensure that there isn’t any awkwardness when you leave a situation and you end an interaction in a natural way.

After learning key greetings like “hello” and “how are you”, the next important phrase to add to your vocabulary is “goodbye” since it is a great way to end a conversation.

As you may be aware if you have learned some phrases in Korean already, there isn’t a one size fits all word in Korea for “goodbye”.

You will need to know different versions of goodbye in Korean depending on the context of the situation and who you are addressing.

Since Korean is a language based on respect, you will need to learn how to speak in three general ways, formal, standard, and informal depending on who you are speaking to.

Also, when saying “goodbye” you will need to change what you say depending on if you are saying goodbye when leaving the situation or remaining and wishing farewell to someone else.

How to Say Goodbye in Korean at a Glance

Before we begin, take a look at this brief overview of the farewell phrases we will be learning today.

How to Say “Goodbye” in Korean (Formal)

To wish someone “goodbye” in formal situations you would say “안녕히 가십시오 annyeonghi gasipsio” when someone else is leaving and you are staying.

“안녕히 가십시오 Annyeonghi gasipsio” actually translates roughly to “please go well”, so when someone is going, you wish them goodbye in this way.

When you are the one leaving and are wishing a farewell to someone else you would say “안녕히 계십시오 annyeonghi gyesipsio” which means “please stay well”.

Since you are the one leaving the situation it makes sense to wish goodbye to the person who is staying in this way.

This pattern of saying goodbye in two different situations follows throughout the other speech levels so it is important to understand.

However, these formal phrases are in fact overly formal and so you will only really hear them on television and radio shows or when the owner of a shop or restaurant is respectfully wishing you goodbye as you are leaving their establishment.

How to Say “Goodbye” in Korean (Standard)

You will need to know the standard version of “goodbye” since these are the versions that you will use most often.

Speaking in the standard form of Korean acts as a polite and neutral way to talk with people who are of the same age or social standing as you.

Although you won’t necessarily use this form with people you are close with, it always pays to be polite which is why the standard forms of “goodbye” are the most commonly used.

To say goodbye when the other person is leaving you would say “안녕히 가세요 annyeonghi gaseyo”.

“안녕히 Annyeonghi” derives from the Korean word “안녕 annyeong”. Although “안녕 annyeong” is a common way to say “hello” in Korean, it actually means “peace” and “안녕히 annyeonghi” translates to peacefully.

Combining “안녕히 annyeonghi” with the polite form of telling somebody to go “가세요 gaseyo” and you get the phrase “안녕히 가세요 annyeonghi gaseyo” meaning “go peacefully”.

This is a polite phrase to use when someone is going and can be used in most situations.

Similar to the last phrase,  “안녕히 계세요 annyeonghi gyeseyo” is the standard “goodbye” that you would use when you are the person leaving and the person you are talking to is staying.

Be aware that the similarity between both of the two standard versions of “goodbye” mentioned so far can make it difficult to remember which is the right one to use for each situation.

Since “가세요 gaseyo” and “계세요 gyeseyo” look and sound alike, the only way to ensure you are saying the correct “goodbye” phrase is to practise and practise some more!

Another common standard way to say “goodbye” in Korean is to say “가세요 gaseyo”.

This short phrase is often used by older people when saying goodbye to younger people as it is simply a polite way of saying ”go”.

A simple and polite way to wish someone well when they are leaving is to say “잘 가요 jal gayo” which is literally translated as “go well”.

You can only say this expression to someone who is leaving as it wouldn’t make sense if you said it as you were leaving.

Therefore, when you are wishing someone farewell and you are the one leaving, you would say “잘 있어요 jal isseoyo” meaning simply “stay well”.

How to Say “Goodbye” in Korean (Informal)

Informal “goodbyes” are useful to know when verbally parting ways with a close friend or a family member.

You need to be mindful when speaking casually to people in Korea so as to not cause offense.

The easiest and most common way to say “goodbye” in Korean is to say “안녕 annyeong”.

Since “안녕 annyeong” translates as “peace” in Korean, it is used in the same way Italians use the word “ciao”.

“안녕 Annyeong” is a great word to remember since not only can it be used for both “hello” and “bye” but it can also be said when saying “bye” to someone no matter if they are staying or going.

The informal form of “잘 가요 jal gayo” is “잘 가 jal ga” meaning “go well” and it can be used as a casual greeting to a friend if they are leaving.

As you can see, it is simple to create an informal phrase from a standard one by simply taking off the last character “요”.

When you are announcing that you are leaving you would say “나 먼저 갈게 na meonjeo galge”.

This phrase is usually said between friends as it is an informal phrase. You may also have heard it in Korean dramas.

If you want to mix up your vocabulary when talking to friends, then learning to say a phrase like “see you next time” is a great idea.

Say “다음에 봐 daeume bwa” when you want to say “see you later” to a friend you will surely see again.

Another useful alternative to “goodbye” is “내일 봐 naeil bwa” which means “see you tomorrow”.

If you want to make this term more polite, all you have to do is simply add the character “요” to the end.

Alternatively, if you are going to see someone tomorrow who is a lot more senior than you in social standing and want to formally say “see you tomorrow” to them, then you should change  “봐”  to “보세요” making “내일 보세요 naeil boseyo”.

How to Say Goodbye in Korean – Video Guide

Hopefully, now you understand the ways in which to say “goodbye” in Korean and will be able to say farewell to anyone you wish to, no matter if you are leaving or staying and no matter the social context!

How to Say – How Are You in Korean

How to Say – No in Korean

How to Say Yes in Korean: 5 Best Ways to Express Agreement