How to Say I Love You in Korean (Romantic Korean Phrases) 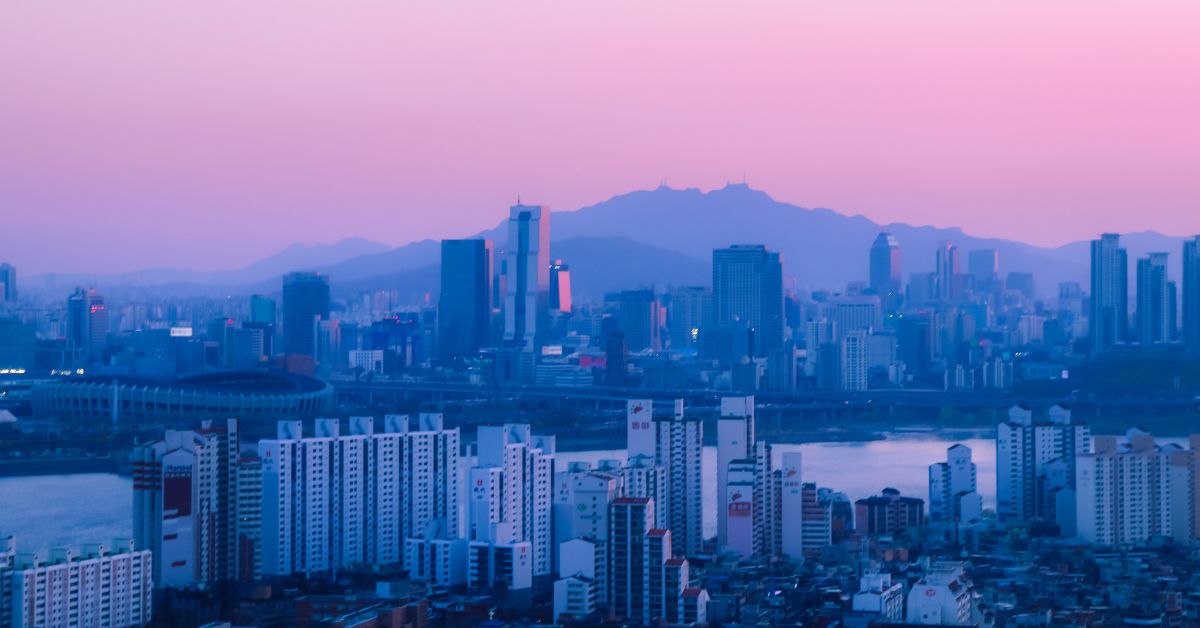 Learning how to say an important sentiment such as “I love you” in Korean may certainly be useful, especially if you fall in love with someone who speaks Korean!

However, with a phrase that is so loaded with meaning, it is important to know the right time to say it.

The Korean language uses different hierarchical speech levels to indicate formality based on who you are addressing. So there are in fact many ways to say “I love you” in Korean depending on who you are speaking to.

If you were to translate “I love you” in Korean using an online translation machine, you would receive the answer “사랑해 saranghae”.

Although “사랑해 saranghae” does in fact mean “I love you” in Korean,  due to the different speech levels this may not be the best phrase to use in a specific circumstance.

It is important to note that due to the respectful and humble nature of Korean culture, extravagant expressions of feeling have not been historically common in Korea compared to Western cultures.

Since Koreans have only recently started opening up their language to include more affectionate words you certainly need to know the appropriate way to say “I love you” in Korean.

“I Love You” in Korean at a Glance

Here’s a brief overview of how to say “I love you” in Korean along with other Korean romantic phrases.

사랑해요 (Saranghaeyo) – “I Love You” in Korean

“사랑해요 Saranghaeyo” is the standard, polite form of “I love you” in Korean and is a respectful way to say this phrase.

As “사랑해요 saranghaeyo” is a respectful version of “I love you”, it is often said to parents. “사랑해요 Saranghaeyo” not only expresses love but also expresses gratitude for everything your parents do for you.

Another situation you could use this phrase is when confessing to someone that you have feelings for them.

“Saranghaeyo” can also be written as “salanghaeyo” due to the Korean character “ㄹ” sounding both like an “r” and an “l”.

Depending on how someone decides to romanize Korean, you could see a variation of “사랑해요” which includes an “l” instead of an “r”. However, the word is always written consistently as “사랑해요” in Korean Hangul.

The most common way to say “I love you” in Korean is “사랑해 saranghae” as it is informal.

This version is used when you are in a relationship and sometimes even between close friends.

It makes sense to say “사랑해 saranghae” when you are in a couple since it uses the most familiar speech level.

The most formal conjugation of this particular Korean “I love you” phrase is “사랑합니다 saranghamnida” and it uses the typical “nida” ending.

However, you will not need to use this formal version of “I love you” too much as it is too formal for most situations and therefore isn’t used often.

You may hear the phrase “사랑합니다 saranghamnida” shouted towards the audience of a concert as a way for the performer to show their affection and respect to the crowd.

The word “love” in Korean is “사랑 sarang”.

When combined with the verb “to do”, which in Korean is “하다 hada”, you create the verb “to love” or “사랑하다 saranghada”.

As you can see, “사랑하다 saranghada” is very similar to the phrases we learnt above. This is because all that has changed is the conjugation of “하다 hada” to different formality levels.

When you are saying “사랑해요 saranghaeyo”, “사랑해 saranghae” or “사랑합니다 saranghamnida” you are simply saying “love” to someone and the “I” and “you” parts that bookend the phrase “I love you”  are applied due to context.

As Korean is very much a contextual language, when you say “love” to someone, it is understood that you are expressing love to the person you are talking to.

If you want to add some extra clarification or tell a third party who you love then the following phrases will come in handy.

Deriving from the verb “좋아하다 jowahada” meaning “to like”, the casual way to say I like you is “좋아해 jowahae”.

You would use “좋아해 jowahae” when expressing your feelings to a friend or classmate or when confessing to a love interest that you like them.

“좋아해 jowahae” is also used as the shorthand version of “I like u” that you would text, type or say to save time.

This is also true for “I love u”, as you would use “사랑해 saranghae”.

The polite standard version of this phrase is “좋아해요 jowahaeyo” and you would say this to show a bit more respect and be a bit more polite when confessing that you like someone.

“I like you” in Korean at the formal speech level is “좋아합니다 jowahamnida” and, much like with the formal “I love you”, isn’t used often.

To put emphasis on how much you like someone you can add “정말 jeongmal”, meaning “really” to the beginning of the phrase, which would create “정말좋아해요 jeongmal jowahaeyo” meaning “I really like you”.

If you do not want to use the term “my love” all the time there are plenty of other affectionate nicknames for you to call someone.

To say “honey” in Korean, when referring to men or women, you would say “여보 yeobo”. A woman could call a man older than her the commonly used term “오빠 oppa” to mean “honey” as well.

Other romantic nicknames include:

“Boyfriend” and “Girlfriend” in Korean

When talking to others about your significant other you would use the standard polite terms to refer to them.

For “girlfriend” you would say either “여친 yeochin” or “여자 친구 yeojachingu”, the shorter version being slightly more casual and the longer being more polite.

However, most women actually refer to their boyfriend as “오빠 oppa” if the boyfriend is older than them.

Despite “오빠 oppa” being a common way for Korean women to refer to their boyfriends, “오빠 oppa” is actually the respectful Korean term for an older brother, though it is now used in many other contexts too.

But don’t forget this is mainly used when talking directly to your boyfriend, not talking about them to others when you would use polite terms instead.

“Husband” and “Wife” in Korean

As mentioned above you can use “오빠 oppa” to mean more things than just older brother, in fact, many Korean women call their husbands “오빠 oppa”.

However, once again, when referring to your spouse to others, it is correct to use the polite terms.

The “I Love You” Korean Gesture

A popular Korean gesture to show love is to create a finger heart by crossing your thumb and index finger.

This is a must-know gesture for expressing love in Korea as it is seen everywhere in Korean popular culture.

The finger heart symbolizes “사랑해 saranghae” a.k.a “I love you” and is used much like a heart emoji would be to express affection or even gratitude.

많이 사랑해요 (Mani Saranghaeyo) – “I Love You a Lot” in Korean

Much like adding “정말 jeongmal” at the start of a phrase to add emphasis, there are other words that can be added to the phrase “I love you” to express that you love someone greatly.

Simply by adding “너무 neomuI” which means “too many” or “so much”  to the phrase “사랑해요 saranghaeyo” you can create “ 너무 사랑해요 neomu saranghaeyo” which translates as “ love you very much”.

Alternatively, “I love you a lot” in Korean is “많이 사랑해요 mani saranghaeyo” which adds the Korean word “많이 mani” meaning “a lot”.

Below are listed some other Korean romantic phrases so you can go beyond the basic terms and get more specific when talking about romance or expressing affection to someone special.

How to Say I Love You in Korean – Video Guide

I Love You in Korean – Final Thoughts

“I love you” is a phrase packed with meaning and there are many ways to express affection or respect to someone by saying “I love you” in Korean.

Hopefully, now you will be able to confess to someone how you feel or simply talk about your significant other to people you meet, regardless, it is important to know these terms of affection in Korean!

How to Say – Thank You in Korean

How to Say – How Are You in Korean

How to Say Thank You in Korean: 10 Thankful Expressions