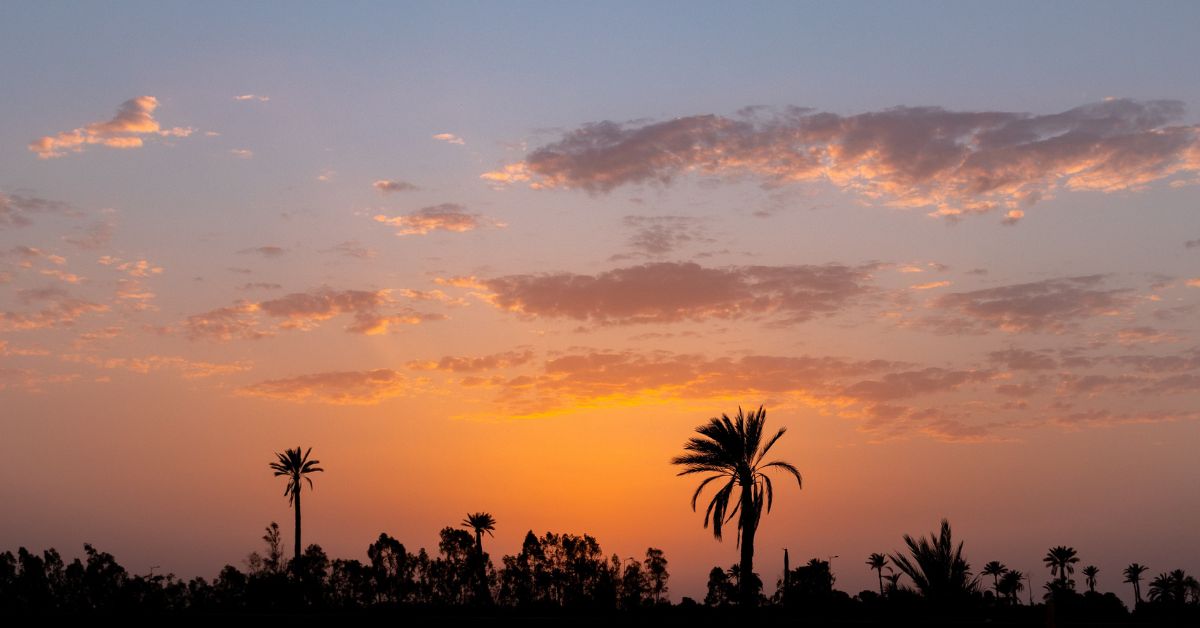 The Arabic language rose from oral and poetic traditions. Being formed from root words, it has its own stylistic lexicology and this gives it a profound feeling.

Most words and phrases do not translate literally. The equivalent expression is often far more poetic and complex.

Even something as simple as goodnight can have a much deeper meaning in classical Arabic.

Unarguably tiSbaH ‘ala khayr تصبح على خير is the way you are most likely to encounter “good night”.

But there are a few other ways to wish someone well at the end of a long day.

Read on, to find out the true meaning of tiSbaH ‘ala khayr and learn a few more ways to say good night in Arabic.

We will take you through the translations in male and female form and discuss the appropriate responses.

Good Night in Arabic an Overview

When you are saying goodnight the hour is important. So let’s start with “good evening”.

This is something that can be used to greet someone or as you are leaving, so it’s good to have it in your mental phrasebook.

Masaa’ al-khayr مساء الخير is the Modern Standard Arabic translation to use, understood by all Arabic speakers regardless of their dialect.

It is ideal for use in late afternoons or in the evening/nighttime. Best of all it needs no conjugating.

You can address anyone male, or female in the same way. You also have the green light to use it for groups as it has no plural form.

As we mentioned in our intro, Arabic has a beautiful depth to it giving it a quality like no other language, the common response when someone greets you with masa’ al-khayr مساء الخير is no exception!

Scroll onto our next section and judge for yourself!

When someone says massa’ al-khayr مساء الخير which you learned above, then masaa’ an-noor مساء النور is the typical reply.

The phrase can be used as a standalone greeting too, but is a common response to “good evening”.

When you translate this phrase you get “this evening is full of light”.

On the surface, this sounds like a statement about the light levels. However, the reality of the beautiful phrase is much deeper.

Effectively it is saying that although the day is getting dark, the presence of the other person is illuminating.

We have similar relative concepts surrounding the light of someone’s presence.

In truth, our title is a little misleading, as there is no direct equivalent to goodnight in Arabic that will be understood by every dialect.

The closest would be tiSbaH ‘ala khayr تصبح على خيرi. It is the FusHa or Modern Standard Arabic Phrase that best equates and is widely used to say farewell at the end of an evening.

The literal translation is more akin to “I hope you wake up to goodness/peace”. A sweet and cheerfully optimistic way to wish someone a good night.

It is frequently used as a way to bye when someone leaves late in the evening or night, or if a family member announces they are going to sleep.

Because it is an M.S.A phrase following the classical form rather than the  “colloquial” ‘ammiyya Arabic spoken by other dialects it follows grammar rules.

This next one isn’t something you will hear in conversation, more often than not it is reserved for children’s story books and lullabies. Though it may be thrown around sarcastically.

It may not be understood by everyone. But learning it isn’t a waste of time if you have no toddler to put to bed. Being a phrase that is very directly translated means it is good for your vocabulary and general knowledge.

It comes from the root word Ahlam أحلام which translates as dreams and saeida سعيدة which means happy.

Again there is no conjugation because in fairness it’s incorrect Arabic. Much in the same way English speakers will use a nonsensical form of language for younger people, you could compare it to the use of ‘nunight’ or beddy byes.

Other dialects of Arabic use the word Ahlam أحلام (dreams) in a similar manner too.

You may hear Levantine speakers say Ahlam Jameela أحلام جميلة which is “beautiful dreams”, a “colloquial” ‘ammiyya phrase with the same sentiment.

Egyptians, known for their slang go one step further which we discuss later on!

In short, although you may not hear it aHilaman sa’iidatan أحلاماً سعيده or  Ahlam jameela أحلام جميلة, it is a fun phrase to show off your Arabic vocabulary to a very close friend or say goodnight to a toddler.

If you do happen to hear it then a simple thank you (shukran شكراً.) is the perfect response.

We are leaving you with one final Arabic phrase. Much like the phrase that we opened with can be used both as a greeting and a farewell

It is easy to use, requires no conjugation and you can reply with the same phrase back to whoever addresses you!

You will be most likely to find this said in Maghrebi and Gulf dialects of Arabic.

When we look at the words used, we can see that layl ليل is used. The word means night.

As you saw above with the word saeida سعيدة added to dreams, you may hear some Arabic speaker use layla saeida ليلة سعيدة for “sweet dreams”. It actually means happy night in a literal sense.

As we hinted earlier Egyptian Arabs have their own cutesy version that incorporates almost all the colloquial words we have looked at.

It is an extension of layla saeida ليلة سعيدة and their own twist on Ahlam Jameela أحلام جميلة (beautiful dreams).

Together this rhyming sentence means goodnight and sweet dreams.

Again the sugary quality of the expressions means it is reserved for younger children or sometimes a love interest in a saccharine manner.

However, I have been greeted with it on a few occasions living in Egypt, and especially love the fact it rhymes.

The phrase “good night, sleep tight, mind the bed bugs do not bite” comes to mind whenever I hear it.

How to Say Good Night in Arabic – Video Guide

It is probably fair to say that some of the expressions you may not use daily unless you are in the right company.

But hopefully, you now have a deeper understanding of the language used in the dreamy poetic phrases for saying goodnight in Arabic.

To keep things simple tiSbaH ‘ala khayr is probably the best to learn.

Granted, the grammar changes for males, females, and groups. I know the grammar can seem intimidating. Especially when you are learning a language with its own script…

But, if you are going to learn one way to say goodnight in Arabic then this is the one to master with its three forms. You’ll be understood anywhere by anyone!

Want an easier way to practice and learn Arabic? Check out our comprehensive guide on the best app to learn Arabic.

How to Say – I Love You in Arabic

How to Say I Love You in Korean (Romantic Korean Phrases)