12 Ways to Say How Are You in Arabic & Responses 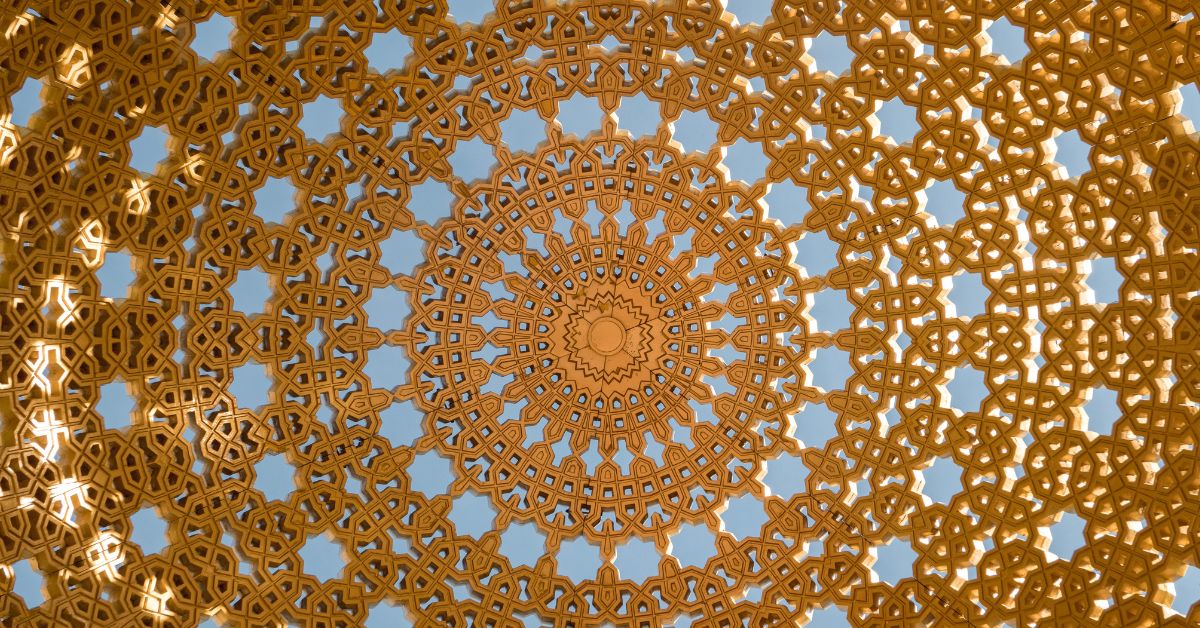 How do you say “how are you” in Arabic?

Asking the simple question “how are you” is one of the best ways to start a conversation in any language.

Therefore, when learning a new language like Arabic, it is highly important to learn this common phrase.

Of course, you will need to know formal and informal variations of this phrase, depending on your situation.

Modern Standard Arabic is the official language of 25 countries and is used in formal cases such as education, the media, legal proceedings, and the workplace.

However, although Modern Standard Arabic is spoken widely it is not the language spoken by every Arabic speaker.

Since Arabic is a macro-language, it varies greatly between countries.

Day-to-day conversations are conducted in local dialects depending on the country and region a person is from.

Therefore, it is important to know the most common Arabic dialects as well as Modern Standard Arabic so you can start conversations confidently no matter where you are.

In this guide, we are going to cover Modern Standard Arabic as well as Egyptian, Maghrebi, Gulf, and Levantine Arabic, since they are the four most popular dialects.

We will break down the different ways to say “how are you” in each dialect as well as help you respond effectively.

How Are You in Arabic at a Glance

How Are You in Modern Standard Arabic (MSA)

The phrase used to ask ‘how are you’ in Modern Standard Arabic (MSA) is: “ كيف حالك؟ Kayfa Haluka ”.

This phrase is understood by all Arabic speakers and is used mainly in formal writing.

The conjugation of the phrase changes depending on who you are addressing and is summarized below.

There are many different ways to reply in Modern Standard Arabic to the question “how are you”.

Of course, they depend on how you are doing or how personalized you want to make your response.

The most popular reply is “أنا بخير، شكراً Ana bikhaer, shokran” which simply means ‘I am fine, thanks’.

A slightly more positive answer would be “بخير والحمدلله Bikhaer wal hamdulillah” which translates as ‘Good and thanks for God’.

If you do not feel well, you could say “لست بخير Lastu bikhaer”, meaning ‘I am not good’ or  “أنا مريض Ana marid” meaning ‘I am sick’.

How Are You in Egyptian Arabic

Egyptian Arabic (a.k.a Egyptian) is the most widely understood dialect in the Arabic-speaking world.

It is so popular that it is used for many Arabic films and TV shows as well as in music and in the media.

“ إزيَّك؟ Ezzayak ” in Egyptian is translated literally as ‘how are you’.

an informal way to ask the question ‘how are you’ in Egyptian would be to say the equivalent of ‘what’s up’ which is “ عامِل إيه؟ aamel eeh ”.

How to Respond in Egyptian Arabic

Egyptians have a couple of ways to respond to being asked “how are you” in Arabic.

Common and popular responses that you may hear and can use are “كويس، الحمدلله kwayes, al hamdullilah” translated as ‘I’m fine, thank God’, as well as “كلو تمام kolo tamaam” which means ‘Everything is good’.

Obviously, if you do not feel fine, you should say something different, like for example “مش كويس msh kwayes” simply meaning ‘not good’.

How Are You in Maghrebi Arabic

The Maghreb region is comprised of countries from the Western Arabic world in North Africa, including the countries of Morocco, Algeria, Tunisia, Libia, Western Sahara and Mauritania.

Each of these countries uses its own variation of the Moroccan Arabic dialect.

Maghreb Arabic actually has its own name in each country, instead of being called Arabic it is referred to as Darja, Derdja, Derja, Derija or Darija depending on the place.

There are three different ways to ask the question ‘how are you’ in the Maghrebi Dialect.

Alternatively you could ask “ لا بأس؟ la baas ”. This means ‘are you ok?’ when it is asked as a question.

The third way to ask someone how they are “ كلشي بخير؟ kol shi b kheir ”, translates as ‘Is everything fine?’.

How to Respond in Maghrebi Arabic

“لا بأس la baas” can actually be used to respond to the above questions since it means ‘I’m fine’ when said as a statement.

The same is also true of replying with “كلشي على خير kolshi ala kheir” because it means ‘everything is ok’ when said without the intonation of a question.

Additionally, you could reply by saying “الحمدلله حد الساعة al hamdulillah had saa’a”, which translates to the classic response ‘so far, so good’.

How Are You in Gulf Arabic

Gulf Arabic, also known as Khaliji, is a collection of dialects mostly spoken in Eastern Arabian countries such as the U.A.E, Saudi Arabia, Qatar, Bahrain and Kuwait.

The Arabic dialects spoken in these countries are so similar and closely linked that they are often grouped together.

One way to ask ‘how are you’ in many of the gulf countries as well as in Iraq and Syria is  “ شلونَك؟ Shlonak ”.

When talking to a man you would say “ شلونَك Shlonak” and for addressing a woman it would be “شلونِك shlonik”.

In Saudi Arabia, and other gulf countries, “ كيف الحال؟ kif el hal ” is used to ask ‘how are you’.

This phrase is actually understood by all Arabs since it is very close to the Modern Standard Arabic version, the first dialect at the beginning of this guide.

Since it is so commonly known and can be used to address anyone without the need for conjugating ” كيف الحال kif el hal” is a really useful phrase to remember.

Another useful phrase “ شخبارَك؟ shakhbarak ”, meaning ‘What is your news?’ can be used on its own or along with another ‘how are you’ phrase.

Therefore you can build a more complex greeting by combining the two different phrases, for example: “كيف الحال Kif el hal! شخبارَك Shakhbarak?” which means ‘how are you, what’s your news? “.

The form will change depending on who you are addressing, see the table below.

How to Respond in Gulf Arabic

Replying with the phrase “ماشي الحال mashi lhal” can be used to say that ‘things are going well’ in both Gulf Arabic and Levantine Arabic.

Alternatively, a religious response in Gulf Arabic would be to say “الحمدلله el hamdulillah”, which means ‘Thank God’.

If you want to give a simple and positive reply saying that you are ‘good’ then “طيبين taybeen” is the best response.

How Are You in Levantine Arabic

Levantine Arabic is the dialect spoken in the Eastern Mediterranean region of Western Asia, also known as the Levant.

Countries in this area include, but are not limited to, Lebanon, Syria and Jordan.

To ask ‘how are you’ in the Levantine dialect, you can simply say the word “ كيفَك؟ kifak ” if speaking to a man, “كيفِك kifek” if speaking to a woman, and “كيفكن kifkon” if you are addressing a group of people of two or more people.

A simple way to ask how someone is in the Levantine dialect is to use the word “ كيفَك؟ kifak ” when talking to a man, or “كيفِك kifek” when addressing a woman, and “كيفكن kifkon” if you are talking to a group.

Another easy way of asking ‘how are you’ is to use the word  تمام؟ tamam? as a question.

When spoken with the intonation of a question this word translates as ‘Are you good?’.

This phrase is useful to remember since it doesn’t have to be conjugated meaning it never changes no matter the context.

Another easy phrase that doesn’t need to be conjugated is “ ماشي الحال؟ Mashi el hal?” which means ‘Is everything going well?’ when asked as a question.

How to Respond in Levantine Arabic

A common response used by people in the Levant region to the question ‘how are you’ is “منيح mnih”, which simply means ‘I am good’.

However, when you are not feeling too great you can reply with “مش منيح mish mnih”.

Adding mish, which means “not” to mnih creates the phrase “ مش منيح mish mnih” literally meaning “not good” or “I am not well”.

When you are feeling great, use the word “تمام tamam” as a statement.

To reply that you are feeling neither good nor bad you should say “ماشي الحال mashi lhal” which means ‘it’s okay’.

How to Say How Are You in Arabic – Video Guide

How Are You in Arabic – Final Thoughts

Knowing how to say “how are you” is an essential element of a conversation when you are learning to speak to others in Arabic.

There are many different ways to say this useful phrase depending on the dialect of a region and remembering just a few ways will undoubtedly help you a lot.

Hopefully, this guide makes traveling to Arab-speaking countries and conversing with new people much more enjoyable and allows you to make deeper connections with people from other parts of the globe by using their local dialect.

How to Say – Good Morning in Arabic

How to Say – I Love You In Arabic