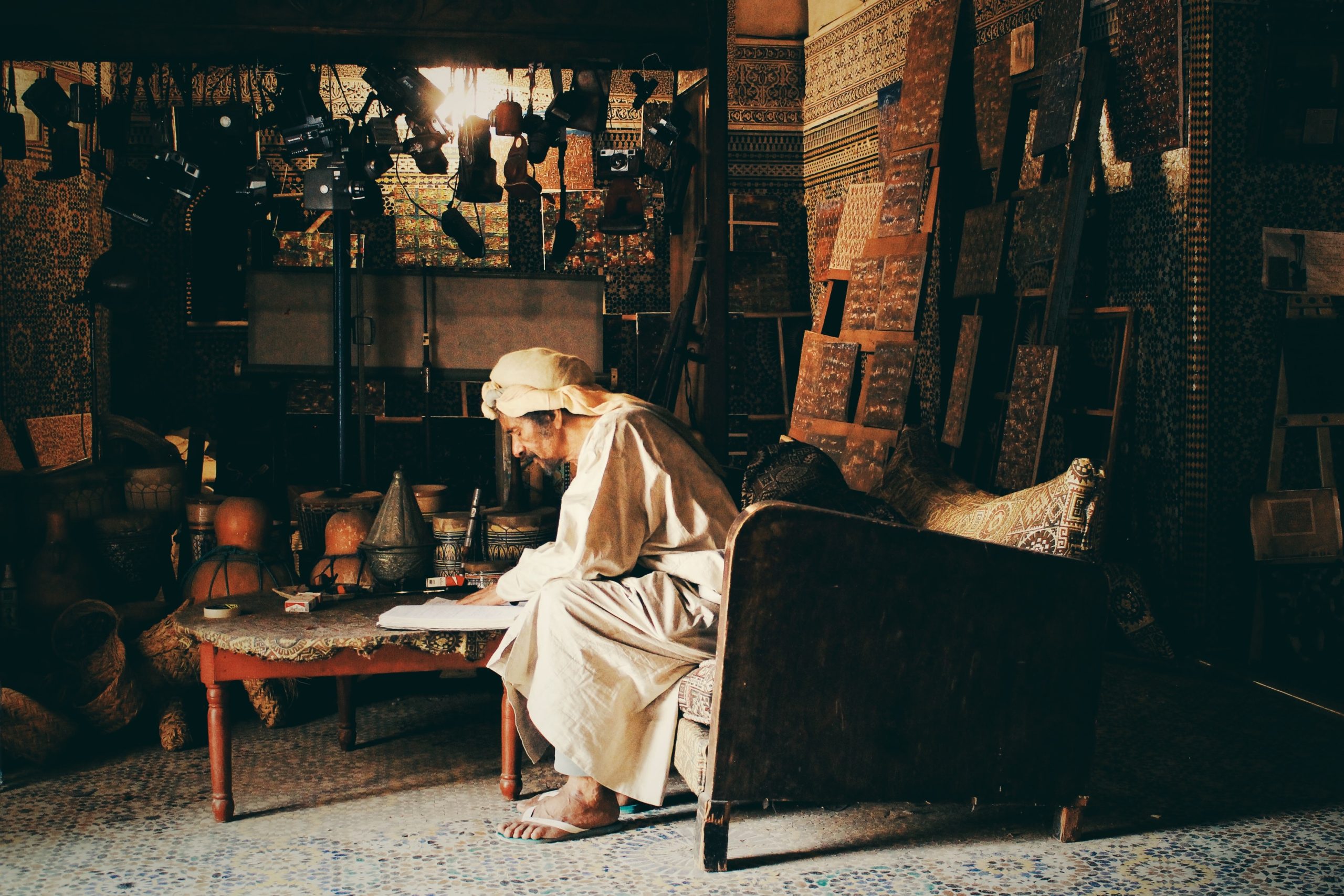 The best place to start when you learn any new language is with its alphabet.

Sometimes the thought of learning a language that isn’t written with the same letters can make it seem far too daunting.

The fear of the challenge can trump curiosity, but if you are interested in learning Arabic, learning to read it can be broken down, like any other large task.

One bite at a time you’ll find it easier to digest.

The Arabic alphabet might have unfamiliar characters, but it is consistently phonetic unlike English and with a bit of time and effort it becomes as easy as ABC, or Alif, baa, taa!

Ultimately, anyone with the hunger to learn to read Arabic can and will manage if they are prepared to put in the work.

Hopefully, today’s breakdown guide and introduction to the Arabic alphabet will help you make the leap into learning to read and write in Arabic.

Learning the Arabic alphabet as a beginner isn’t without its obstacles.

Aside from learning to recognize non-Latin characters, there are a few other caveats to bear in mind.

For one thing, you are going to have to wrap your head around reading from a totally new perspective.

So you’re going to have to un-learn a few things that are second nature to you in order to read it.

Arabic script is written in a cursive style and it features contextual letterforms. This means the shape of the character for each letter changes depending on its placement.

That is to say that the way a letter looks is different when it is alone, placed at the start, middle, or end of a word.

The Arabic Alphabet or Abjad/ Al-Abjadayah features 28 letters as opposed to our 26, they are almost entirely consonants which we will explain later.

Another big difference for a beginner to get to grips with is that each letter is written in four forms.

But don’t let that overwhelm you, the shape changes subtly and once you have learned to read the characters you’ll find yourself able to read many other languages that use the same lettering. Such as; Persian, Urdu, Central Kurdish, and Pashto.

We’ll take a closer look at the forms further down in this guide.

Letters that don’t have direct equivalent sound in English might sound odd, especially to beginners, and may be challenging to replicate.

In fact, Arabic is sometimes referred to as the language of Dhad because the letter Dhad ض has a sound that other languages don’t have.

But again, don’t panic; Anyone can learn to pronounce Arabic well enough to communicate and be understood with enough practice.

The 28 Letters of the Arabic Alphabet

As you can see in the chart above we have shown the isolated, end, middle, and initial forms of each letter.

The reason for the form changes is the exclusively cursive nature of the writing system and how each letter flows into the next.

Each form is pretty self-explanatory but let’s confirm it seeing as though we are reading back to front after all!

The exception to the above are a few “uncooperative letters”  we hinted at, which break the joined-up cursive nature completely.

To get a more visual idea, let’s observe the Arabic word for “book”; Kitab.

The individual Arabic letters in the word are K, t, A, and b ك ت ا ب joined together with the correctly placed forms the word appears like thisكتاب. You can see the K,t, and a are joined but there is a break in the cursive before the b.

This is because the A or alif, is an exception to the rule, an “uncooperative letter”.

Some letters sit next to each other joining beautifully to the next but there’s a total of six Arabic letters that cause breaks in a word regardless of their placement. They are;

Both the first and last letter is baa ب a character that changes form and joins to the next character, and the middle is the uncooperative alif أ.

So you can see the initial baa form flows into the alif causing a clean break resulting in the next baa being written in its isolated form.

The rest of the letters change, of those that change we can group them into easier-to-learn shape changes. Some change very little at all.

Start With The Smiley Letters

Resembling smiley emojis 🙂 to an untrained eye, the following five letters are a great place to start examining the form changes without overwhelming yourself.

Each letter shares a similar body, These letters change very little, you only have to be able to recognize the dots and pay attention to their placement.

A great example is the Arabic word for house byat بيت which contains three of the above “smiley letters”, as an example.

Baa joins seamlessly the only real difference being that yaa’s two dots have moved in its middle form, from below the curved tail it has in its isolated form, to inline with baa’s dots that sit under the handwriting line.

Baa and yaa are then joined to taa, which in its end form has a slightly exaggerated curved to its end. It is subtle.

These two change very subtly as well and would be the next recommended shapes to learn;

As mentioned, some of the consonants have sounds that are going to be much harder to reproduce for a westerner, making pronunciation tricky, but Arabs are very friendly and patient with any foreigner making the effort to learn their mother tongue.

The pronunciation will come with practice and listening to the best way to do that is with exposure to the language.

Pay careful attention when listening to the guttural consonants and sounds produced in the back of the throat;

With a little practice and supportive encouragement, you will be understood!

Technically the Arabic Abjad system contains no vowels, each letter is instead considered a consonant, but there are 3 letters that when placed beside others create long and short vowel sounds.

While not officially vowel letters, they function as such.

Once upon a time, the Arabic language featured diacritic accents that indicated vowel sounds.

Examples of this still exist in Classical Arabic literature and Religious texts such as the Qu’ran. However, this has dropped out of use over the years.

So learning to pronounce a word in Arabic without vowels might sound far-fetched, but let’s use an English word as an example and imagine we have no vowels.

Whilst this isn’t a perfect analogy, the word “Moon” in English could arguably be written as MWN utilizing the W-like Arabic letter sound of the waw ( و ).

Try pronouncing it, the natural inclination is to add a vowel in between each letter making it something more akin to ma-wa-un, but try running it together with a flow. Just like the flow of the cursive Arabic script itself.

Feel your lips transition from the hum of the M sound into the W and you will hear the subtle “Moo” of a cow!

Hopefully, this silly suggestion will go a way into explaining just how you can read, write and speak without a typical vowel in an alphabet system.

Learning the Arabic language is not as easy as learning a single set of Arabic letters, but the letters are the foundation you need to start reading and writing in Arabic.

Believe it or not, with the above Arabic alphabet chart and the information we have outlined, you are well on your way.

With determination and a keen eye, the only other key ingredient you need is time.

We have some great beginner-friendly articles that can help introduce some common vocabulary and phrases for you to check out.

They all have phonetic pronunciation alongside them, so if today’s crash course has been too much for you, leave the reading for now and bookmark this to come back to.

Ultimately, you are going to need to recognize the words in Arabic script to progress.

Hopefully, if nothing else we have shown you that breaking it down is key and that what may seem complex is easier than you think.

How to Say – I Love You in Arabic