15 Ways to Say Goodbye in Arabic 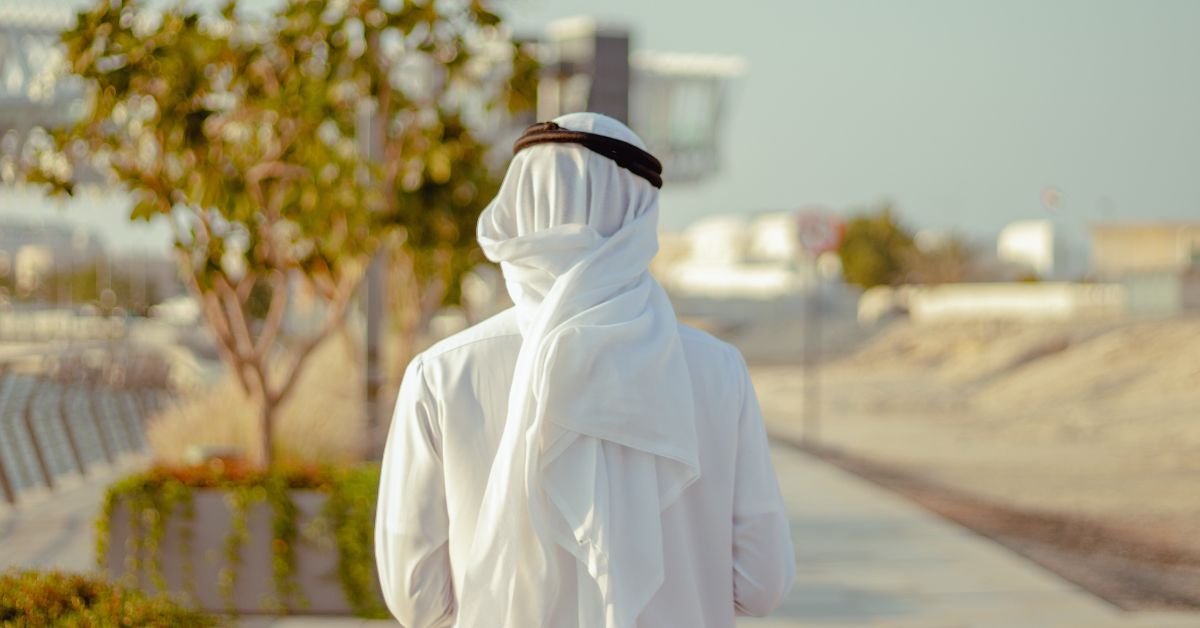 In this vocabulary-laden article, we are going to present you with all the tools you need to say goodbye in Arabic.

Saying goodbye in Arabic can involve quite a bit of etiquette. Arabs commonly say goodbye multiple times before they finally take leave.

Granted not all of them, but the stereotype is well-known enough within Arab communities that many jokes center around the custom of saying goodbye!

To be able to keep up with the locals you are going to want more than one way to say goodbye in Arabic.

Goodbye is an essential phrase in any language that you are learning but within Arabic culture, you have to think about the social perspective.

Leaving abruptly is considered pretty rude, even after announcing your departure you might find they insist you stay a little longer especially if you are considered good company!

So whether you are ending a phone call or exiting somebody’s home you are going to need a few phrases up your sleeve for a drawn-out Arabic farewell!

With a bit of luck, this article is exactly what you need. Read on to find out the many different ways to say goodbye in Arabic dialects.

As always we’ll start with the most common and widely recognized way to say goodbye in spoken Arabic; Ma’a Salama.

You will hear this versatile phrase day in and day out. It doesn’t require any conjugating and is the best way to say goodbye in Arabic in everyday life.

If the situation requires a quick farewell, like for example bumping into someone in the street for a short and sweet catch-up, then it will suffice in any company, formal or informal.

SaLama سَلَمَ or ASLama أسْلَم  is the word for peace. The literal translation of the phrase مع السلامة Ma’a Salama is may you go “with safety” or “with peace”.

As it comes directly from the classical Quranic form ma’a Salama will be recognized in practically every Arab-speaking country. But there are a few distinct differences in other dialects you may want to be able to listen out for. See below for more.

You don’t have to look closely to recognize the root word here hasn’t changed much.

This is because Bisalama بسلامة doesn’t differ in meaning from Ma’a salama مع السلامة it is merely the way someone speaking a Maghrebi dialect would use the phrase.

You may hear it in north African countries such as Tunisia or Libya even in the  Moroccan Darija dialect of Arabic.

As we mentioned, there is etiquette to leaving, in the Levantine Arabic dialect you might hear بخاطرَك Bkhatrak spoken when someone leaves another person’s home.

The literal translation in classical Arabic is “in your mind” which is why it wouldn’t be understood everywhere by everyone. But to Levantine speakers, it loosely translates as ‘I am leaving with your acceptance’.

It may seem overly formal or culturally odd to make mention of the hosts’ acceptance of your departure, but it is a polite way to show you have enjoyed your stay.

The grammar changes with this one if you are addressing a female, you would say بخاطرِك bkhatrek instead. The conjugation for a group would be “بخاطركن bkhaterkon”.

When someone says Bkhatrak بخاطرَك in Levantine Arabic the response is often Allah ma’ak الله معَك or “May God be with you”. Sometimes it is reserved for when you are in Islamic company but not always.

Again it requires conjugation, Allah ma’ak الله معَك should become Allah ma’ik الله معِك to say goodbye to a female guest as they leave and you need to say Allah ma’kon الله معكن if a group leaves your home together.

This next one needs no real explanation, as with many languages these days we find a few words borrowed from our own.

English is widely spoken so it should come as no surprise that informally many Arabs will simply say bye and spell it;باي.

I have even heard them use the Italian Ciao, at times. Of course, this will always be in casual situations among friends.

This adapted phrase may be heard with Yalla يلا preceding it like this; Yalla byeيلا باي.

Yalla يلا means “come on” or “let’s go” and is a word you will hear a lot in Arabic as they use it as a filler word in many countries.

It is a good way to say goodbye if you are returning, or leaving informal situations and company.

This is an expression that has a few variations in different dialects mostly the vowel sound of the ‘w’ in shof may sound more like shoof in some areas but it isn’t difficult to pick out.

Egyptians however, do not use the grammatical prefix in the same way. They drop the ‘b’ so for them the phrase is ashofak badenاشوفك بعدين.

You can add a time or place to the end of bshofak if you know when you’ll next see the person.

It means “see you tomorrow”. And demonstrates a little more than your beginners Ma’a Salama and is useful to extend your farewell in a native style.

Bokra  بكرا means “tomorrow”, so don’t use it unless you will be seeing them the following day. You could substitute bokra here for a specific day of the week, for example, bshowfok aljumuea بشوفك الجمعة “see you Friday”, etc.

Both are great if you are popping out or off somewhere for a short time.

To be honest, it isn’t just the ‘b’ that Egyptian speakers will omit, in formal friendly circumstances they often just shout a hearty bada Kalil بدا قليل or bada shwaya بدا شوية with an enthusiastic wave, forgetting the “see you” altogether and just shouting “later”.

When you are parting company at night, you may want to use goodnight, in place of goodbye, or if with an enthusiastic Arab you might want to use it additionally.

If you have read our article How to Say Goodnight in Arabic then you’ll already recognize tisbah ala khayrتصبح على خير.

The translation is “may you wake to goodness or peace”. Tisbahi ala khayr تصبحي على خير is the correct female conjugation and تصبحو على خير tisbahow ala khayr is the plural address.

Outside of day-to-day chat, you will hear a more formal use of goodbye. Modern Standard Arabic or fusha is used for news broadcasts and literature

It is widely recognized in all Arab-speaking countries and often contains much more religious premise and is therefore used in religious contexts.

This is a nice easy, conjugation-free way to say goodbye in Modern Standard Arabic, wada’an “ وداعاً is used like adieu.

When bidding farewell to a person you see regularly then you might want to use Ela al lika’aإلى اللقاء, it equivalates more or less to until we meet (again).

Araka ghadan أراكَ غداً is the MSA way to say see you tomorrow, you can see how heavily it differs from the Levantine bshofok bokra.

This one features a more complex conjugation as it comes from classical Arabic.

See the table below.

Araka lahikan أراكَ لاحقاً is Modern Standard Arabic for see you later’ it also conjugates in the same manner;

When meeting someone new or going on your first invitation to Lebanon, you might want to use some of the following Lebanese phrases.

Although its literal meaning in Arabic wouldn’t be understood anywhere else nbasatt shftak نْبَسَطْت شِفْتَك is often used to say I was glad to see you.

Another nice casual Lebanese option to part ways with someone new could be to simply say stay in touch! dallak eattisal ضَلَّك عَتِّصال. This changes for a female to Dallik and Dalkun for the plural.

Other Phrases to Listen For

The following final phrases are not going to be heard everywhere but are used in different regions as more colorful ways to say bye.

As we keep reiterating Arabic people like to say goodbye, so it only stands to reason they have alternate ways to express it.

Here are a few phrases, some more religious than others;

Fi Amaanillah في أمانلله this one means something akin to I leave you in gods protection or safety, you might use it if the person leaving has a long journey home in the same way we would say safe journey. It is common to hear in Iraqi Arabic.

Naltaqi fima baed نلتقي فيما بعد is another way to say I’ll see you later, Naltaqi is “we’ll meet” so the emphasis here is on the reuniting as opposed to more literal use of Shwf (look) that we examined earlier in this article.

How to Say Goodbye in Arabic – Video Guide

So there you have it, some of the best ways to say ‘goodbye’ in Arabic formally, informally, and everything in between.

Now you know how to leave appropriately and how to respond politely when someone is departing.

No matter where you are on your language-learning journey we hope we have shed some good insight into how to say goodbye in Arabic.

Until the next article, Ma’a Salama!